Further to the problem I had in upgrading the software on my CS700 DMR Radio, I can report that all is well. For the life of me, I couldn't tell you how it happened or what I actually did, but it's now upgraded and re programmed and working very well through the GB7RR repeater at Nottingham (that I can now access with the new aerial).

I'm super enthusiastic about DMR - so much so that I've bought another radio. It's a Hytera PD365 and is a very nice handheld. With three watts output on high setting, it works very well. On a trip to Lincoln with it I was able to work through GB7LN and audio reports were very favourable. Both of my DMR handhelds work in analogue mode and the Hytera (even with only 3 watts) can comfortably work GB3GR from my garden. It's worth noting that both the CS700 and the PD365 are UHF radios, VHF not really having taken off with DMR.

I've been doing minor surgery on my Kenwood TM-G707 this weekend. I noted that after a few lengthy overs the radio casing became very hot. I couldn't see the fan moving on the rear of the radio, so as a temporary measure I put a small battery powered fan behind it to aid cooling, which worked. I have a replacement fan on order, but in the meantime I have fitted a slightly smaller fan in place and it's keeping the radio much cooler. Hopefully it will be ok until the proper one arrives.

HF activity has been very limited for me recently,  due to poor band conditions. Hopefully I'll be able to power up the TS570 soon. I have a 1:1 balun to replace the open feeder on my home brew 40m dipole. I will have that replaced this week and I'm experimenting with mounting positions so a bit more to tell you next time.

Club business is a little slow, we are recruiting for members and anyone who would like to participate in our group, please check out our website www.skars.co.uk. 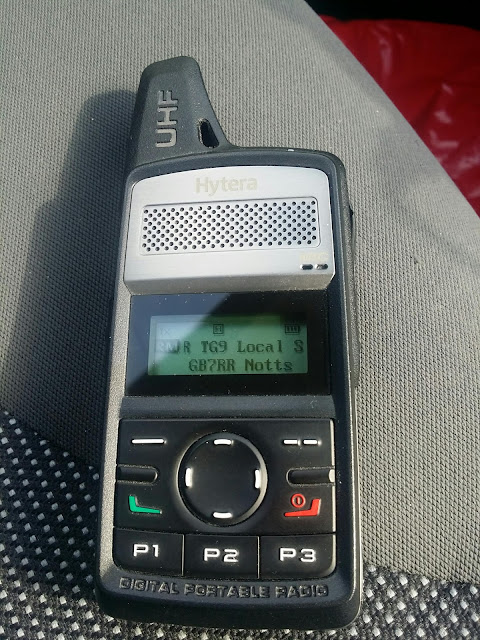