Rambling up the Ladder

I had occasion to remove my X510 Collinear today, due to abnormally high VSWR readings. Not surprisingly, when I disassembled the antenna it was obvious that there was a sealing problem. The antenna comes in three sections and the central element runs right up the middle of the fibreglass enclosure. Each fibreglass section screws together with an 'o' ring to seal the joint. Where the fixings to join the section are, the void around the fixing is sealed with an epoxy resin. On inspection, the resin had separated on both joints and was allowing water ingress - hence the high VSWR. The inner element was saturated and the N connector also had water present.

I have taken the antenna apart and it will be stored until it's dry but I won't be reinstating it. It's not a Diamond item, I went for the cheaper alternative, and the quality shows. The trusted X50 is now on a long (6 metre) pole and the base is about 30ft from the ground. It works much better than the X510 ever did, even when new, so it's staying where it is.

As I write this, I'm sat in the shack, bemoaning the lack of any activity on any of the bands. I'll have to put a few calls out..... 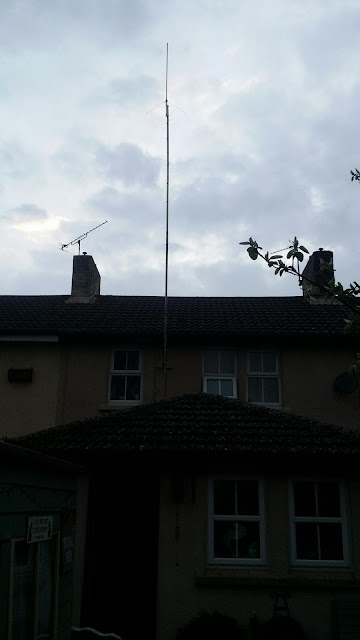