It looks like, at long last, my issues with TVI with the neighbours has been cured. After consulting the RSGB EMC helpline I got an almost instantaneous reply and after explaining the situation I was advised to replace the Y adaptor on their TV with a UHF distribution amp. They recommended a particular unit and I duly ordered one. The Y adaptor was taking the input from the aerial and effectively splitting the signal in half - sending half to their lounge TV and half to the one in their kitchen. With only half the signal getting to either TV my RF signals were over riding anything going to the telly. The dedicated UHF TV distribution box ensures that the full signal is distributed to both tellies, which also ensures that their received signal is far stronger than any of my RF emissions. Upon disconnecting the Y adaptor, it disintegrated in my hands (see photo) and it became instantly obvious as to where the TV was picking up the RFI. So, the box was fitted, keeping the high pass filter in the line, and my XYL stayed with the neighbours whilst I went back home to conduct some test transmissions. No interference was noted so I think we can say "mission accomplished". The remaining issue is with their pesky touch lamps - I think an axe and a tin of lighter fluid might be the best solution there (only kidding).

This morning I had a drive over to the home QTH of David (2E0RVV) to program his DMR radio. Having searched online for a suitable codeplug, and not coming up with anything, I took my own handheld with a view to cloning the Codeplug on that to his new radio (just as long as the programming software was compatible). The radio had a rudimentary codeplug installed and I was able to modify the contents of that one to suit his needs. The dreaded Prolific driver issue reared it's ugly head but was soon overcome by switching to another computer running Windows XP. My advice is to have a cheap laptop handy with XP on it - you never know when it will come in handy. Duly programmed, I conducted a few test calls from my handheld and all was working as it should. Before I left, David had a QSO with another DMR user, so, again "mission accomplished".

I had another opportunity to help an EchoLink user get to grips with his system and now he can ragchew to his hearts content as well.

After all the help I have received from the Amateur community, it has been an exceptionally rewarding weekend where I have helped a fellow Ham in his quest for radio enjoyment and given just a little back to a community of helpful and friendly people. 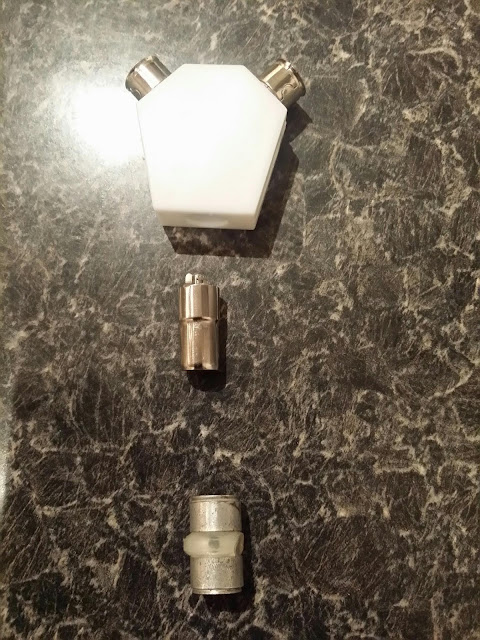