What's been happening Radio-wise since my last Blog? Well, I've now got more or less full Digital capability. I have acquired a D-STAR Icom ID-51 handheld, along with a second DV4 Mini and a Yaesu FT-1XD Fusion handheld.

I have one DV4 Mini coupled with a Pipo X8 Windows device that I use for Fusion and DMR, and the second DV4 Mini is coupled to a second Pipo X8 for D-STAR.

Activity is a bit limited on the FCS Reflectors for Fusion, but I suspect that word will get out and the number of users will grow. There is a lot of Fusion activity using WIRES-X and I hope to eventually get a Yaesu FTM-100D and WIRES-X box. D-STAR is a bit more lively with plenty of activity on REF0001C, so there's plenty of traffic to keep me occupied. DMR remains a small issue with the DV4 Mini in that it's awfully tricky to get just right with the settings, however it works sufficiently well provided I keep my overs short.

After months of indecision, I finally took the plunge and drilled a hole in the roof of the car to hard mount the SG7900 Super Gainer aerial for 2m and 70cm. I'm very glad I did, as signals are hugely improved over the triple magmount. Received signals are at least 2 to 3 S points higher and I suspect my transmitted signal is improved.

Back in the early 1980's, when I was a teenager, I had a CB radio. I had a shack and a Silver Rod half wave aerial and spent hours playing radio with fellow CB'ers in the local area. It fell out of favour for me when it became a haunt for ne'er do wells and the language and music playing made it an unpleasant experience. Fast forward to the present day and I notice that in my area are a number of Amateurs who still dabble with "The Dark Side". I have found an old Jesan KT-750 handheld CB and, after cleaning it up and installing fresh Ni-Mh batteries, it still works perfectly, so that's another weapon in the arsenal. 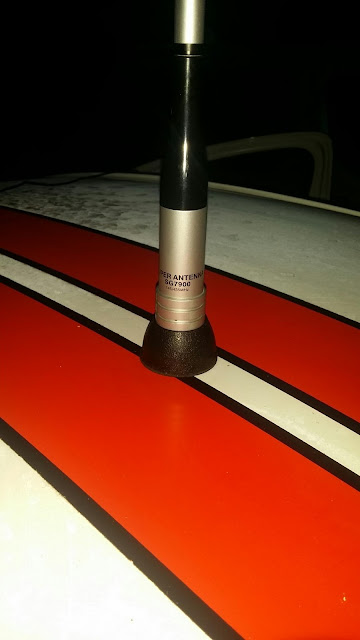 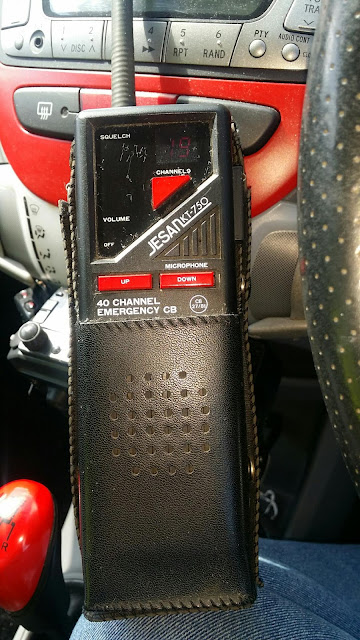 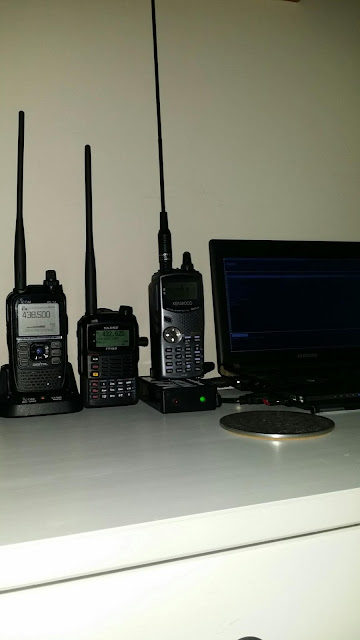