GB2EGG took place on the 28th June and was a little disappointing due to weather conditions at the Swaton Vintage Day. We set up our operating base on the previous day - the mast and dipole going up smoothly and tested with Stewart's Yaesu FT 897 but the gazebo that I  had bought especially for the event was a different matter. Half way through putting it up a gust of wind launched it into the air, bending some of the structure into the bargain. Having straightened out the frame and successfully erecting the gazebo we put a strap over the gazebo to hold it in place overnight. I was first on site on the day and was relieved to find it intact and proceeded to install the generator, which started and ran fine. Andrew arrived next and he proceeded to the event ring to set up the launch of Eggsplorer1, the HAB. Nigel then arrived with the radios and the organisers supplied us with tables and the station was set up. Graham then arrived and he and Nigel commenced operating the SES.

We were all carrying handhelds and I then made my way to the ring to assist Andrew, Stewart already being with him. The balloon was filled with helium and as the launch time approached all was going well. I received a radio message from the radio operators,  advising me of a problem with the generator and, after the successful launch of the balloon, I went over to sort it out. It turned out to be a minor hitch and was soon sorted out.

The balloon soared into the air with the payload slung beneath and it became apparent that the image telemetry was not being sent, however the tracking system was working fine and the balloon attained a height of just over 31000m before the balloon burst (as it was supposed to) over the North Sea. Numerous Amateur Radio Operators tracked its progress and it was a great success. A while later a smaller balloon was sent up, again with tracking facilities, which did not go as high but entered the jetstream and travelled at 120 kph heading towards Scandinavia, being brought down short of Denmark by the weather.

Meanwhile, back at the radio station, things weren't going as swimmingly. The generator was struggling ( mainly due to the amount of power being drawn by the PSU at 100 watts power) so it was supplemented by a leisure battery, which solved the power issue. The weather, though, was a different matter. It was very gusty and the poor old gazebo was taking a battering, so much that it gave up the ghost spectacularly and collapsed into a mangled heap of metal and PVC.  Nigel went into panic mode and hastily removed the radios and without discussion he took them away and left for home. As he was the NoV holder, this left us in the lurch. We couldn't continue with the event call and Stewart stepped in with his radio and the event sponsors allowed us to use their gazebo, which was vacant next to where ours had been. We continued operation using our club call (MX0SKR) for a while but band conditions didn't make for a lot of contacts.

There were a few lessons learned :

1.  Don't use cheapo gazebos, they just are not suitable

2.  Always have a back up radio, as some people just panic at the slightest setback.

3.  Make sure the NoV holder is committed enough to stay on site for the whole of the event.

To be honest I was a little embarrassed by the way things turned out and I won't be put in that situation again. There are a few of us in the club who are dedicated to these types of event and I think it will be those people who will be invited to participate in the future.

Churches on the Air next,  followed by JOTA in October. Plans are afoot for both events. Gazebo not required, so here's to a couple of good events. 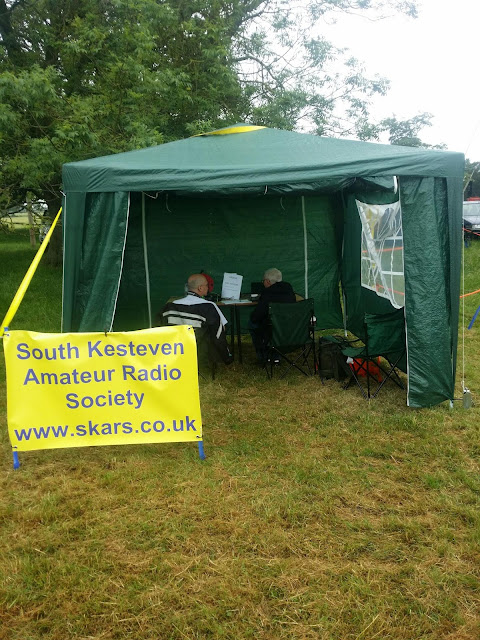 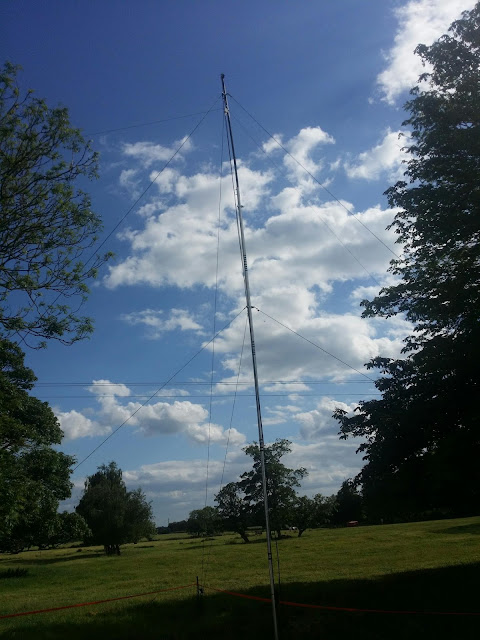 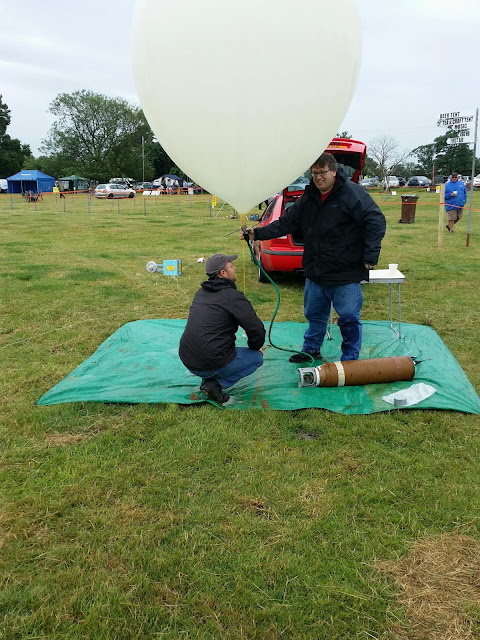