Further to being granted a NoV for an analogue Simplex gateway, I now have an EchoLink node established in Sysop mode.

The set up is remarkably simple - a Baofeng UV-5R handheld (set to 1W output) connected to the laptop running the EchoLink software. Connecting the two is a ZLP Mini Pro interface with a home made interface cable. The UV-5R relays the traffic from the server via the gateway frequency and can be accessed with any radio in range.

The cable was the tricky part - I sourced  a six pin mini din to Kenwood style speaker mic cable. It didn't work (not surprising as it came from China) so I set about making my own cable. I had a Baofeng speaker mic doing nothing so I took a screwdriver to it and removed the cable. I took note of which colour wire went where and proceeded to perform surgery on a 6 pin mini din cable that was also doing nothing. I worked out the speaker +ve and -ve wires and the PTT and ground from where they were on the mic. Then I established which pins on the din plug went where and identified the four connections used. A bit of intricate soldering of wires followed and it was plugged in for a test. It worked, first time, so I was enthused and went to try my creation on the EchoLink system. Everything worked ok until I looked at the display on the UV-5R, which had disappeared and the battery eliminator was getting rather hot. I changed the eliminator for a freshly charged battery and normal service was resumed. I think the eliminator didn't like 13.8V from the psu and (also being Chinese) protested. So I now keep one battery fully charged and swap them when required. On average a fully charged standard Baofeng battery lasts about 5 to 6 hours so there's no problem with that as it only takes about 2 hours to recharge. I think a bit of ingenuity should see a 7.4V transformer being built and fitted in place of the battery - perhaps a project for our Radio Club.

I'm waiting for the DV4 Mini stick to be available here so I can do a similar thing with a DMR Plus hotspot at home. I'm really into the Digital and Internet Linking thing and have learned a lot while setting things up. It won't ever replace the fun of DX contacts on HF but for those who can't put an antenna up (living in sheltered or Housing Association accommodation, for example) it provides a means of persuing  the hobby.

Looking forward to the coming weekend's SES at St. Anne's Church in Grantham for CHOTA. GB2SAG will be operating on the 12th of September on both HF and VHF. Operated by members of South Kesteven A.R.S. Stewart (M0SDM) has organised the event and his spectacular Land Rover mounted 12 metre mast will be a sight to behold outside the church with an X50 collinear on top and an OCFD. Check out www.skars.co.uk or qrz.com/lookup/gb2sag. 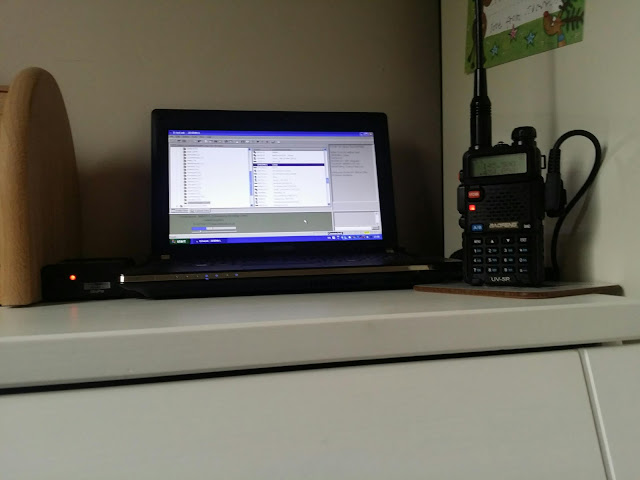 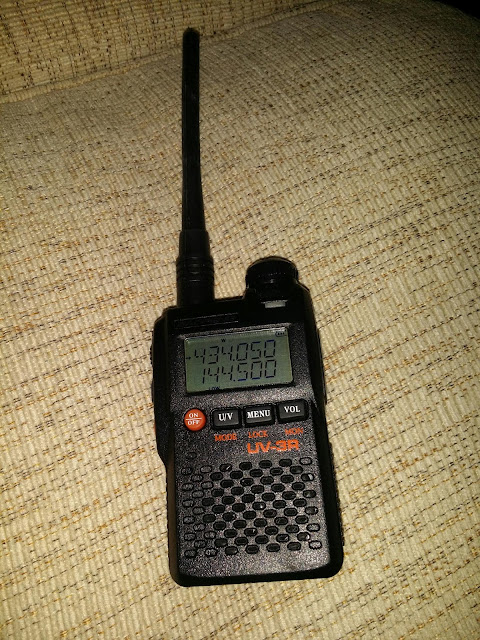