Well, I am at last operating HF. My first HF rig is a Xiegu X1M QRP set and it is coupled to a Magitenna end fed wire. It outputs 4.5W on SSB and CW, and covers the major bands. It will TX/RX on all from 3-30MHz but bandpass filters are only present for the amateur bands. I had my reservations about the rig as I have had issues with Chinese equipment before, but I am happy to say that, so far, it has not disappointed.  It emulates an Icom IC-718 for CAT control, using Ham Radio Deluxe,  and I find that controlling the rig via the laptop is a more effective way - the controls on the rig are a little convoluted.

The Magitenna is one of Nigel's (M0CVO) hand built antennas and is ideal for my situation as it is a single wire that receives it's ground input from the coax, meaning that there is only one wire coming from the matching unit and that is 7.6m (about 26ft) - great for small and confined spaces. Ok, it is something of a compromise aerial but it does have good performance considering its limitations. My first HF QSO was with DL65DARC, a Germany special event station, on 40m and I was given a report of 58, which is very good considering my limited setup. So, it would seem that, despite my reservations, the X1M is a very capable rig. The RX quality is very good and the audio from the inbuilt speaker is crisp and clear. The screen is a little small but has an inverted display and is clear to see. The controls are limited and a little convoluted but HRD control is seamless and a treat to use.

Following the sad demise of my Standard C5600,  the Icom IC-E208 is reinstated to the main V/UHF rig in the shack, which left a void as far as a mobile radio was concerned. As I don't use the car very much I looked for a dual band rig that would fit the bill without breaking the bank. I looked at used Yaesu and Icom rigs and was surprised as to how much they hold their value. So, the spectre of the dreaded Chinese radio reared it's head again. Having had an extremely bad experience with Leixen, I decided that maker was out of the question. So, what were the options? I looked at a few of the more mainstream manufacturers but even second hand they were a little too expensive.  There were a few Chinese ones around and I plumped for a Baojie BJ-UV55 dual band mobile. 35W on UHF and 45W on VHF it seemed ideal.  It arrived in the mail - or so I thought. I opened the box and inside was only the rig itself - no mic or mounting bracket and no power lead. Incensed, I railed off an email to the supplier, threatening all manner of legal recourse,  only to find that the missing items arrived under separate cover the next day. They had split the contents to avoid a weight penalty with the Hong Kong postal service. The UV55 is a strange beast, in that it has no built in speaker - the speaker being contained within the mic. Dashed inconvenient, so I have an extension speaker fitted in the car and that works mighty fine. The user interface is almost identical to Baofeng handhelds - clunky and awkward, not to mention complicated, and manual programming is the work of the devil. I am awaiting the cable, so I can program with Chirp.

Looking forward to Swaton, which is getting nearer. Andrew has made good progress with Eggsplorer1 and we have a game plan for the Special Event Station, GB2EGG. The next event will be JOTA in October, which we did for the first time last year, and proved to be a great experience. www.skars.co.uk for more details. 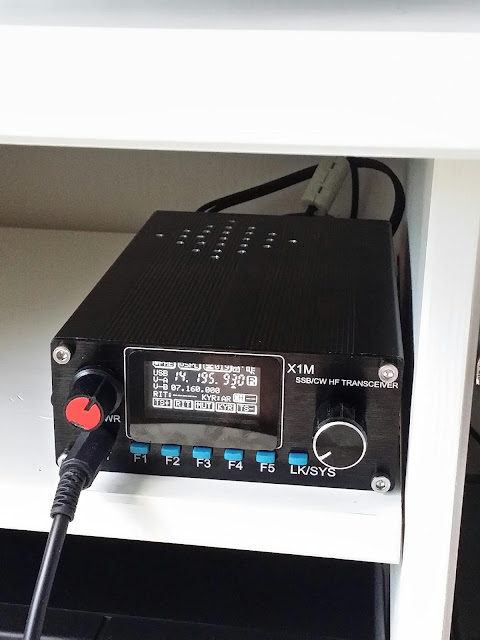 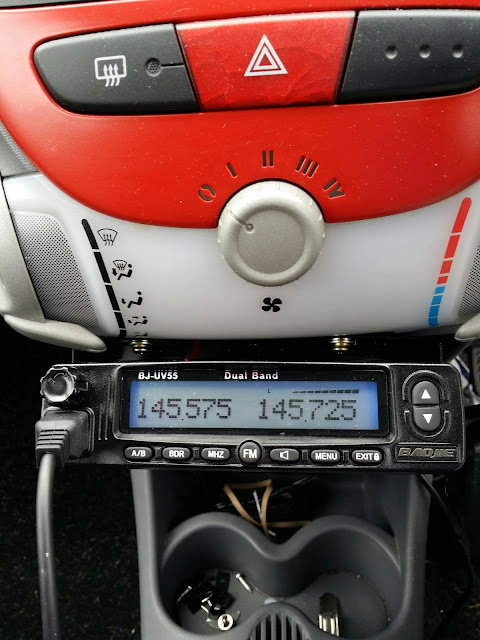