As I have a compulsive radio buying disorder I have purchased a couple of radios for "experimental" purposes. They are Motorola GP68 handhelds. One is UHF and the other is VHF. The GP68 is an Asian market radio and I'm rather impressed by them. Sturdy, robust and with fab audio, I have programmed in local repeaters and the quality is super. The only down side is that there is no 12.5kHz step so VHF tuning is a bit limited. The other slight disappointment is that the battery packs are ni-cd and I don't like them. There is a li-ion  battery listed but I have ordered two AA battery cases instead. Caveat emptor!  The standard Far Eastern drop in chargers are awful - I've already had one fail spectacularly so I'm using the charge jack on the radios with a decent PSU for battery replenishment.

The aim is to use them for Raynet events. I'm in the process of joining Raynet and I'm sure these will do nicely for local comms at events etc.

Speaking of Raynet, Jim Wheldon,  local area controller for Raynet, will be giving a talk on the organisation and it's uses at the SKARS meeting on May 20th,  see the website for details www.skars.co.uk 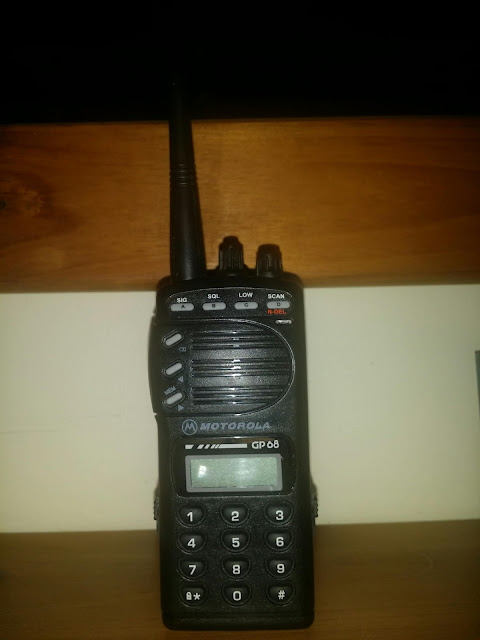